Did you know the bivalves were a famous food among Americans even before the Europeans set foot on the continent? So it is a thing to be ashamed if you don’t know about your oysters right. People from different areas have different preferences towards oysters. Kumamotos are loved the most inWest Coast. Wellfleets are the kings in New England and New Yorkers have their minds always set on Blue Points.

Gone are the days that you could simply order a dozen of oysters and start enjoying your shells full of taste. Now you will be given a menu with fancy names of all kinds of oysters to choose from. Why feel embarrassed when you can keep reading this article and know all you should know about the types of oysters abundantly available in the US.

This is the most cultivated type of oysters in the US at present and is known as the most loved oyster kind around the world. Pacific oysters are small in size and sweet in taste. You can recognize them easily with their more fluted, sharply pointed shell which is distinctive compared to Atlantics or European flats.

They were brought to the US from Japan in 1920. Gigas are popular among cultivators throughout the Pacific as well as Norway, France, Morocco, and Namibia as they grow quickly and reach the market size within two years.

The name “pacific oysters” was referred to all tiny Pacific oysters such Kumamotos and Miyagis. Kumamoto was later declared to be a separate species. Pacific Oysters are generally named based on where they are grown but some trade names are also used to call them.

Kumamtos are like the brothers of Pacific Oysters. They have a lot of similarities such as the appearance which is deeply curved, fluted, and pointed. The sweet, fruity taste of the pacific oysters are also similar to the Kumamatos. Both of these species are grown in the Pacific coast of America. 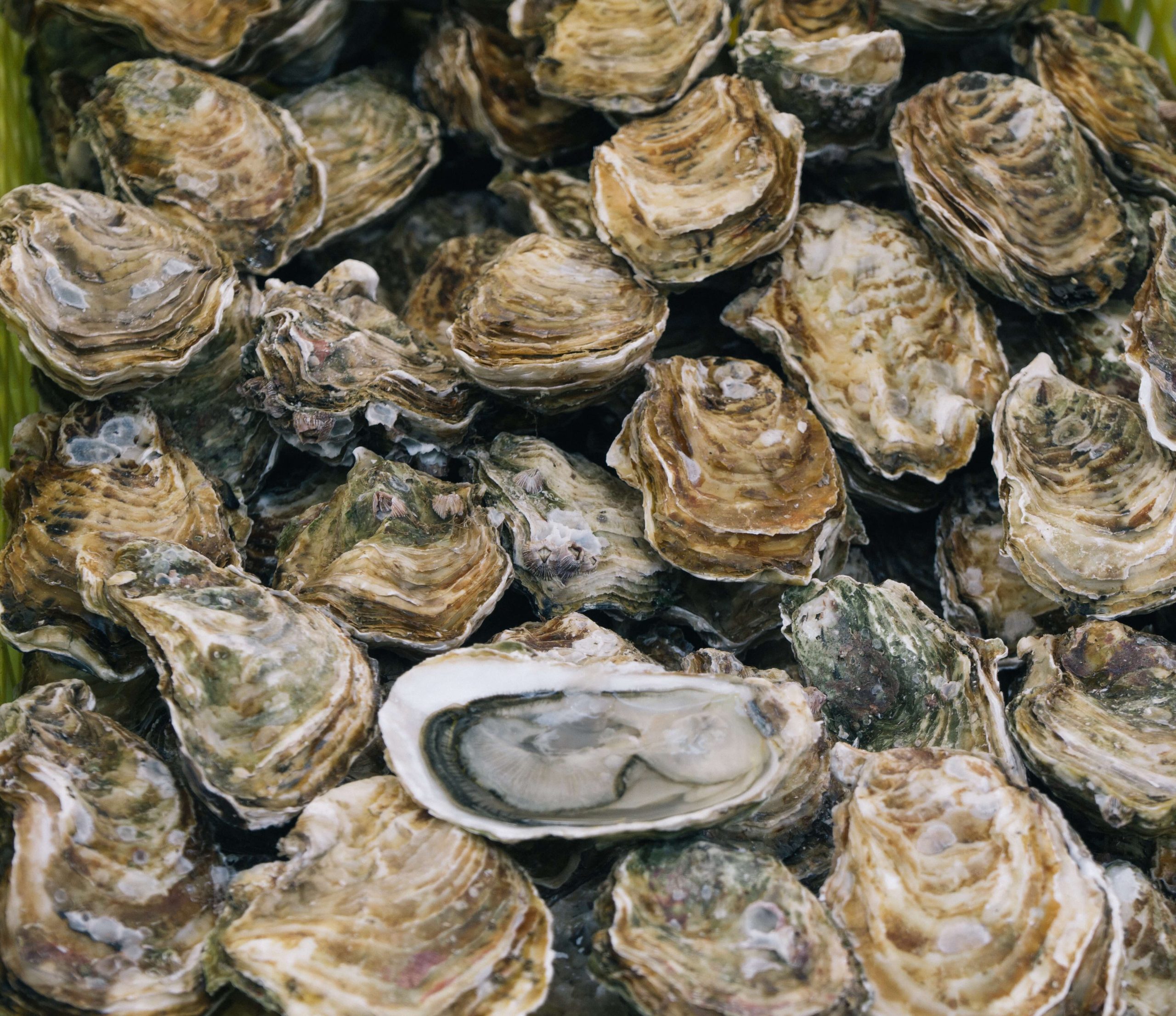 Bluepoints, Wellfleets, Malpeques, and Beausoleils are all Atlantic Oysters although it is not known by many. They are native to the Atlantic coast of North America and the Gulf of Mexico. Same as the Pacific Oysters, Atlantic Oysters grow and reproduce quickly. They can grow fast to the market size in around 18 months and reach eight inches in size.

Atlantic oysters have a large tear-drop shape, smooth shell, and tastes sweeter and brinier than Pacific oysters. The flavors change significantly depending on the water temperature and the individual bed they are grown. According to enthusiasts, Atlantic oysters are briner when they are grown in Norther regions.

European Flat oysters are indigenous to the Western European coast, from Norway to Morocco and into the Mediterranean. European flats are called Belons. Belons are European flats but not all European flats are Belons. Real Belons are grown in the Belon River in Brittany, France. These are harvested naturally in New England and are cultivated in Maine as well as in Washington State to a smaller extent. European flats have a smooth flat shell and a mild seaweed and a strong mineral taste. This type of oysters are not recommended for beginners oyster tasters.

This is the only oyster type indigenous to the West Coast of the U.S. The demand for Olympia Oysters in San Francisco during the Gold Rush almost made them extinct and actually believed to be extinct for decades. The natural wild population of Olympic oysters still exists and they are strictly protected. The oysters you find in the restaurants and markets as Olympia oysters are cultivated in different regions of the US. They have a coppery taste and not much meaty.

Oysters were too delicious to be celebrated in only one part of the world. So the entire world celebrates its love for oysters on different days throughout the year. This flavorful fresh meat trapped inside a pair of shells sprinkles happiness to everyone who loves them but oyster festivals create extra joy with the fun activities and contests. Narooma Oyster Festival is not different from that aspect of an oyster festival but it is renowned in the world for its grandeur. This multiple award-winning Oyster Festival is a celebration of South Coast NSW oysters along with the region’s natural clean quality produce, chefs, and rich artistic, cultural talents.

The Chesapeake Bay Maritime Museum organizes an oyster festival in St. Michaels, Maryland each year. The Oyster Fest is a grand celebration of oysters with delightful dishes made of oysters along with freshly harvested local Chesapeake oysters. This is a once-in-a-year chance to sip, slurp, and savor some good oysters while having fun.